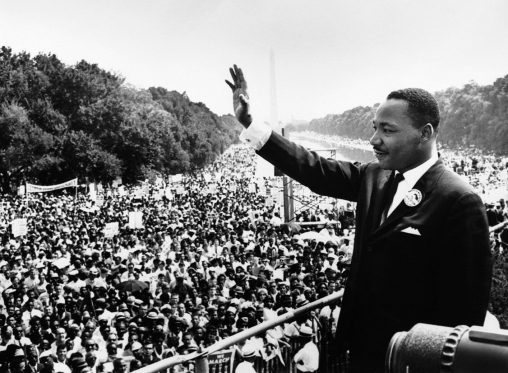 A long-table discussion, open-mic poetry, the screening of a documentary about civil rights activist Bayard Rustin and a tribute to the Bolinga Black Cultural Resources Center will highlight Wright State University’s 2017 Martin Luther King Jr. program, which will span 10 days.

The program begins Monday, Jan. 16, with an invitation to Wright State students, faculty and staff to join Dayton’s Martin Luther King Day march and rally, which begins at 10 a.m. and culminates at the Dayton Convention Center.

On the same day, a book exhibit titled “Martin Luther King Jr. the Man and the 1960’s Fight for Civil Rights” will go on display at Wright State’s Dunbar Library, running through Friday, Jan. 20.

King, a clergyman, activist and prominent leader of the African-American civil rights movement, received the Nobel Peace Prize for his efforts to end racial discrimination and was known for his “I Have a Dream” speech. He was assassinated in 1968. In 1986, Martin Luther King Jr. Day was established as a federal holiday.

On Friday, Jan. 20, quilter and Wright State fine arts alumna Gail Cyan will give a presentation on a quilt she made to honor John Crawford III, a 22-year-old African-American shot to death in 2014 by a police officer in a Walmart store in Beavercreek. Crawford had been holding a toy BB gun. The presentation, part of the Wright State Quilt Show, will be made in room 156 of the Student Union from 10:10 a.m. to 11:05 a.m.

In the same room — from 11:15 a.m. to 12:10 p.m. — students, faculty and staff are invited to listen to poetry, share original poetry or share favorite verses as part of Poetry Open-Mic celebrating King’s legacy. The event is sponsored by the Bolinga Center, the African and African-American Studies program and the Women, Gender and Sexuality Studies program. 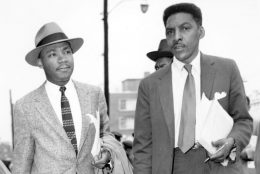 On Monday, Jan. 23, there will be a screening and discussion of “Brother Outsider: The Life of Bayard Rustin,” a documentary about the activist and strategist who has been called the unknown hero of the civil rights movement.

A disciple of Mahatma Gandhi and mentor to King, Rustin was the architect of the 1963 civil rights march on Washington, D.C., and dared to live as an openly gay man during a fiercely homophobic era. The film combines rare archival footage with provocative interviews to illuminate his life and work. The screening begins at 6 p.m. in the Rathskellar Room of the Student Union.

On Tuesday, Jan. 24, there will be a discussion titled “Student Activism, Civil Rights and the Founding of the Bolinga Black Cultural Resources Center.” The center opened in 1971 as a tribute to King. The event, which will begin at 6:30 p.m. in the Pathfinder Lounge of the Student Union, will feature stories from alumni who fought to improve the experiences of black students in the 1960s and ’70s.

On Jan. 25, a discussion on “Is King’s Dream Still Alive Today?” will be facilitated by Sharon Lynette Jones, professor of English language and literatures who won the Dr. Martin Luther King, Jr. Distinguished Service Award for faculty in 2012. The event begins at 11:15 a.m. in the Discovery Room of the Student Union.

The discussion is sponsored by the African and African-American Studies program, the African-American Alumni Society, Black Women Striving Forward, Bolinga Center, Dunbar Library, the Department of Electrical Engineering, the Office of LGBTQA Affairs, the Office of Student Activities, the orientation department, Student Union, the Women, Gender and Sexuality Studies program and the Women’s Center.