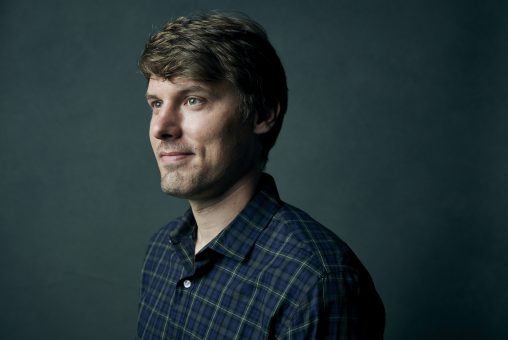 James Dahlman, who graduated from Wright State with a bachelor’s degree in biomedical engineering, was named one of “35 Innovators Under 35” by the MIT Technology Review. (Photos courtesy of Georgia Tech)

When he was a teenager on vacation, James Dahlman would read books about Einstein’s theory of relativity and about other physicists who pursued truth.

“They were renegades who did not care what other people thought,” Dahlman said. “They only cared whether their work was correct; I thought that was so cool.”

Today, the Wright State University alumnus and biomedical engineer is blazing a trail inspired by the scientists he idolized as a boy. He and his team at the Georgia Institute of Technology have invented a way to test 300 drugs at once, increasing the rate at which new and better drugs can be discovered.

“We have been approached by other universities and even companies who are interested in finding safe drugs more quickly,” said Dahlman. “My long-term hope is that over the next five to 15 years, my field revisits and questions some of its ‘standard’ experimental techniques, with the goal of finding better drugs.”

The achievement won Dahlman the honor of being named one of “35 Innovators Under 35” by the MIT Technology Review, which features scientists, engineers and other innovators from around the world. Founded at the Massachusetts Institute of Technology in 1899, the Review is a world-renowned, independent media company focused on the commercial, social and political impact of new technologies.

He also was recently recognized as one of six “Transcendent Teachers” by the Georgia Tech Alumni Magazine, not only for bringing wisdom and expertise his classroom and lab, but also a welcome dose of humanity.

Dahlman grew up in Kettering. His mother and father (Hank Dahlman is a professor in Wright State’s School of Music and director of the Collaborative Education, Leadership and Innovation in the Arts) taught him to love whatever he chose to do and to be persistent. He worked hard to get good grades, learned how to ask a lot of questions and learned how to teach himself complex ideas that were not intuitive to him.

After graduating from high school in 2005, Dahlman enrolled at Wright State, attracted by the university’s solid engineering program, access to research labs at Wright-Patterson Air Force Base and good scholarship opportunities.

He chose to major in biomedical engineering because it was more exciting to him than other possible majors, even though they might have been easier for him.

“Each one of us is made of trillions of cells that are — as you are reading this sentence — dividing, ‘talking’ to one another by releasing chemicals, physically pulling on one another and sending little microscopic messages in little balls of fat,” he said. “All of these cells need to work together; if they do not, you get disease. The fact our bodies work at all is a miracle. The beauty of these biological systems stole half my heart and physics stole the other half, so I studied biomedical engineering.” 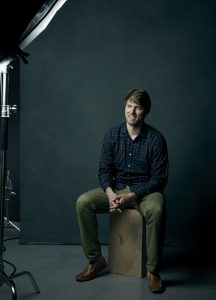 As an assistant professor of biomedical engineering at Georgia Tech, James Dahlman and his lab have invented a way to test 300 drugs at once.

Dahlman spent a lot of time at Wright-Patterson, working in a lab for Dan Miracle, a scientist and Wright State alumnus who taught him how to design experiments, interpret data, think through long projects and present his work.

“Wright State helped me because I learned how to balance researching at Wright-Patterson while taking a full courseload,” said Dahlman, who was in the university’s Honors Program. “My graduate program was tough. In addition to research, we were expected to take Ph.D. classes at MIT and medical school classes at Harvard, all at the same time. I was able to balance a lot of things at once because I had been at Wright State.”

The process that Dahlman and his team invented at Georgia Tech involves encoding nanoparticles with a DNA “barcode” sequence. Three hundred nanoparticles can be injected into a laboratory mouse. When researchers remove a tumor from the animal, they use gene-sequencing technology to simultaneously determine how each barcode worked. In 2018, the lab will test a staggering 3,000 particles.

Dahlman said he and Eric Wang at MIT worked hard to show that the barcoding approach could work. Dahlman said it involved a lot of trial and error and that there was no single “aha” moment.

“Biomedical engineering requires passion and persistence,” Dahlman said. “As a researcher, you are trying new ideas no one has tried before. Some of them take years to try. Most of the time you are wrong. So you have to love it, and you have to be OK with failing.”

Dahlman said the high-caliber Ph.D. students like Cory Sago, Melissa Lokugamage and Kalina Paunovska he has recruited to his lab have pushed the “barcoding” envelope.

“We identify good ideas efficiently. Then we do a good job designing tough experiments to find out if the ideas will actually work,” said Dahlman. “As a result, we tend to ‘fail quickly,” which allows us to work on good ideas.”

Dahlman has a life outside the lab. He recently had a hand in the new movie “Rampage,” a science fiction monster film starring Dwayne Johnson. Dahlman helped design the lab scenes, spent a few days on set with the stars and even had a cameo role.

It was his second brush with Hollywood. When he was an undergraduate student attending a physics conference in New Orleans, he snuck onto a set pretending to be an extra and ended up in the film.