A virtual keynote address by Renard Allen, the pastor of St. Luke Missionary Baptist Church acclaimed for his preaching and leadership, will highlight 2022 MLK Week at Wright State University.

The events, beginning Jan. 10, will also include an opportunity to craft and share personal aspirations of a Martin Luther King Jr.-inspired vision of Wright State and a virtual event that features an overview of King’s life highlighting his legacy of organizing for racial and other forms of justice.

King, a clergyman, activist and prominent leader of the civil rights movement, received the Nobel Peace Prize for his efforts to end racial discrimination and was known for his “I Have a Dream” speech. In 1986, Martin Luther King Jr. Day was established as a federal holiday.

As the celebration approached, Wright State leaders reflected on their favorite King quotes:

“Change does not roll in on the wheels of inevitability but comes through continuous struggle. And so we must straighten our backs and work for our freedom.”—King quote from President Sue Edwards, Ph.D.

“There comes a time when one must take a position that is neither safe, nor politic, nor popular, but he must take it because conscience tells him it is right.”—King quote from Kurt Holden, director of public safety

“The ultimate measure of a man is not where he stands in moments of comfort and convenience, but where he stands at times of challenge and controversy.”—King quote from Quatez Scott, intercultural specialist of the Bolinga Black Cultural Resources Center

“In the end, we will remember not the words of our enemies, but the silence of our friends.”—King quote from Chris Taylor, Ph.D., dean of students 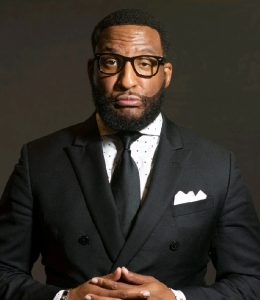 Since 2016, Allen has served as pastor of Dayton’s St. Luke Baptist Church, which has added nearly 300 members and 12 new ministries and community-based initiatives.

During the COVID-19 pandemic, Allen implemented drive-in services at the church parking lot, preaching in rain, snow and temperatures as low as 10 degrees. He has hosted and participated in dozens of forums and news interviews about the pandemic to foster engagement between the church and the medical, political, business and academic professions.

He also helped organize an interracial, interdenominational group of clergy to provide spiritual guidance to Dayton and its leaders following the Oregon District shootings in 2019.

Allen is a graduate of Morehouse College and the San Francisco Theological Seminary, where he earned his Master of Divinity degree and was named the outstanding student preacher in his class.

Below is a listing of Wright State’s 2022 MLK Week events. All are open to the campus community and the general public.

An opportunity to craft and share personal aspirations of a King-inspired dream and vision of Wright State.

Quatez Scott, intercultural specialist of the Bolinga Black Cultural Resources Center, will provide an overview of the life of King in this virtual event, highlighting concepts of peace grounded in King’s legacy of organizing for racial and other forms of justice.