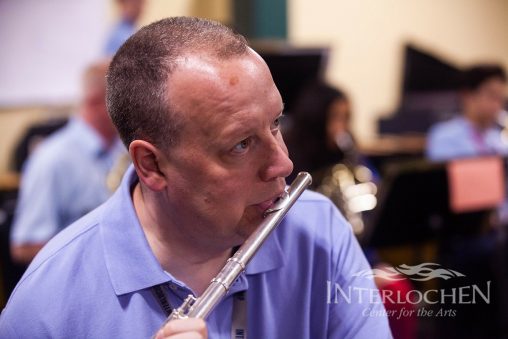 Two faculty members in Wright State University’s School of Fine and Performing Arts are teaching the next generation of artists at a world-renowned summer camp in Michigan. The camp draws students from third grade through high school from around 40 different countries to learn music, dance, theatre, visual art and film.

Benjamin designed two productions for the camp, “Treasure Island” and “Anything Goes.” Benjamin also works with Interlochen to guest design one production during the academic year.

He said that Interlochen is an incredible place to work for anyone who is creatively minded.

“The most fulfilling part is waking up each day, knowing that I get to work with wonderfully talented artists, all of whom are actively participating in educating the next generations of performing and visual artists,” Benjamin said. “Interlochen gets into your blood. Simply put, it’s my favorite place in the world.”

Before Benjamin began teaching at Interlochen, he attended the arts camp from third grade all the way through high school. Then he began working as a theatre technician and taught theatre design and production.

Chaffee has been teaching at Interlochen Arts Camp since 2012. He attended camp in 1985 where he met the flute teacher. He stayed connected with the teacher and convinced his family to let him attend Interlochen through high school.

In 2012, he returned to Interlochen to give a recital and teach a masterclass as a guest artist. He was then asked to join the summer faculty. Chaffee said that working with Interlochen has been an incredible part of his life. 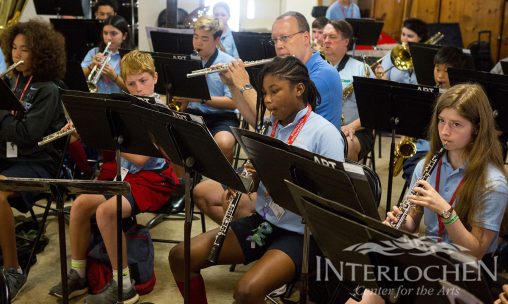 The roles played by Wright State School of Fine and Performing Arts at Interlochen Arts Camp is a point of pride for Christopher Chaffee.

“It has been a huge part of my professional and personal life ever since,” Chaffee said. “Working here is amazing.”

Chaffee said that his work with Interlochen has been extremely fulfilling in a variety of ways. His students perform at an incredibly proficient level, rivaling college students, he said.

“I am coaching a woodwind quintet and the students are from the U.S.A., Costa Rica, Dominican Republic and Ukraine,” Chaffee said. “I have a flute student from Serbia. They come here expecting an intense and engaging experience, so the biggest challenge for me is to dig deep every single day to provide that level of intensity for them in the studio and classroom.”

The fact that more than one faculty member from Wright State’s College of Liberal Arts teaches at Interlochen is a point of pride for Chaffee.

“I am here alongside faculty from all over the world — from the nation’s best musical schools, orchestras and art institutions,” Chaffee said. “The fact that two of us from Wright State University are working here shines a positive light on our arts faculty and places us in highly elite and admired company in the professional world.”