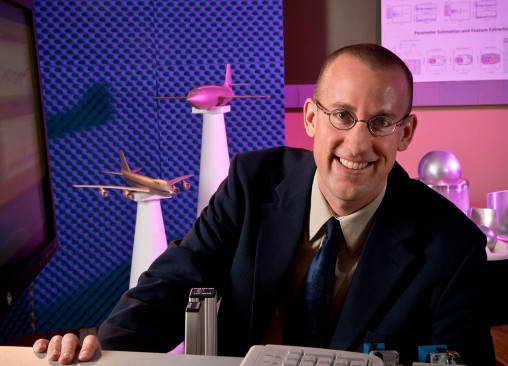 Brian Rigling, chair of Electrical Engineering at Wright State and director of sensor systems research at the Wright State Research Institute, was honored “for outstanding contributions in radar imaging and adaptive waveform design.”

The award recognizes outstanding contributions to the radar art through technical papers, presentations, inventions or products by someone under the age of 40.

Originally developed as the primary wartime sensor, radar has emerged as the most widely applicable sensor technology, with a growing presence in transportation, medicine, outer space and belowground exploration.

Rigling credits his collaborative relationship with radar experts in the Air Force Research Laboratory at Wright-Patterson Air Force Base.

“I’m fortunate to be part of a growing cluster of sensor expertise in the Dayton area,” he said. “They help focus efforts on relevant problems and provide insightful interactions.”

He joined the faculty at Wright State in 2004, where he is now chair of the Department of Electrical Engineering and director of sensor systems research at the Wright State Research Institute.

He will be presented with the award at the 2015 International Radar Conference in Washington, D.C.

The award comes from the Institute of Electrical and Electronics Engineers’ Aerospace and Electronic Systems Society. The IEEE is the world’s largest association of technical professionals, with more than 400,000 members in chapters around the world.