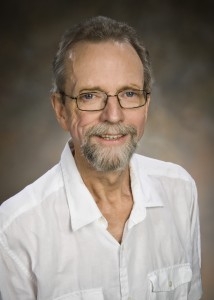 Stefan Pugh, Ph.D., is the man who saved a language.

His scholarship helped preserve Rusyn, which faced possible extinction prior to Pugh’s research efforts. In 2009, he completed a descriptive grammar of Rusyn, a newly codified language closely related to Ukrainian. This work was an enormous scholarly contribution to the world of modern languages.

Wright State’s College of Liberal Arts hired Pugh in 2008 after he had taught 14 years at both Duke University and the University of St. Andrews in Scotland. He is currently chair of the Department of Modern Languages.

Pugh’s administrative duties, however, have not hindered his research—his scholarly production ranks in the top 1 percent of COLA faculty. The author of eight books (including one published this year) has also written 37 articles or book chapters and delivered 67 lectures, presentations, papers, and other academic activities.

Other scholars have been able to benefit from Pugh’s material support, editing services, constructions, and revisions. He created a forum in 2012 that allowed COLA scholars to present their work for wider appreciation and constructive feedback.