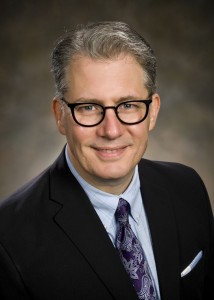 Joe Deer, M.F.A., is the rare theatre scholar equally at home in the classroom, the rehearsal studio, or writing for professional publications.

Deer founded Wright State’s highly successful Musical Theatre program 15 years ago. His College of Liberal Arts students have gone on to perform around the globe in national, international, and regional theatre productions. Senior Showcase, in which students audition for theatre professionals in New York City, is the program’s capstone.

His academic endeavors include writing numerous reviews, more than 30 journal articles, and two books. Acting in Musical Theatre: A Comprehensive Course was a landmark publication in its field. He is also founding president of the Musical Theatre Educators’ Alliance.

Deer’s list of professional and academic directing and choreography is lengthy and impressive, spanning more than 100 productions.

Many of Deer’s former students recall his scope of knowledge and experience and vision for their potential as critical to their professional development. Nearly all cite his passion for theatre as their most vivid memory of his instruction.